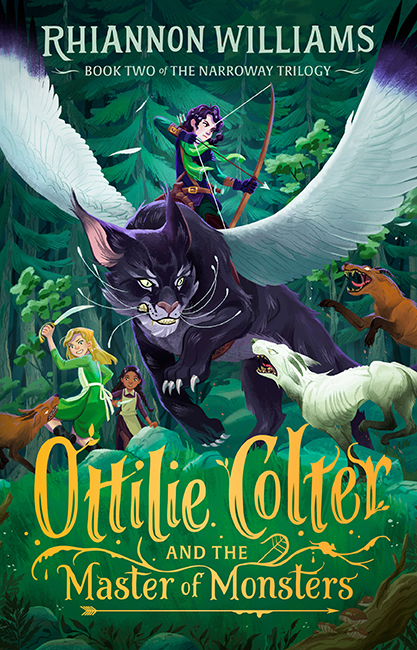 Ottilie Colter and the Master of Monsters

Front Cover Illustration by me

„Ottilie Colter is the first girl ever to join the secretive, boys-only Narroway Hunt – and she’s determined that she won’t be the last.

The Hunt trains children to kill ruthless monsters known as dredretches, but now it’s under threat. Dredretches have invaded Fort Fiory, and no-one is safe – especially not the girls who live there, but aren’t allowed to fight.

Ottilie must convince the Hunt to train the girls – but with the dredretches getting worse, talk of witchcraft on the rise, and a mysterious hooded figure in the Narroways itself, her time is running out …

The second adventure in a thrilling feminist trilogy about friendship, monsters and having the courage to be a rebel. „