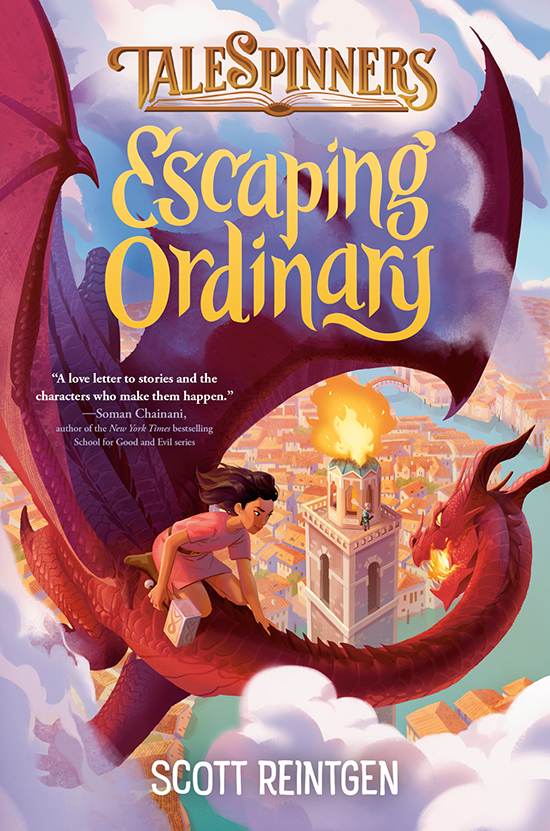 Indira finds herself thrown into a quest full of dragons, unlikely allies, and high stakes.

It’s been a year since Indira rescued the city of Fable and landed a starring role in a story of her own. Now Indira’s ready for a well-earned vacation.

Too bad her advisors have other plans. In preparation for her story’s sequel, Indira has been enrolled in the Hero’s Journey tutorial, a quest designed to teach her how to be a team player. Indira’s assigned crew is a mix of familiar faces and new friends, each hoping to follow in her footsteps into a story.

Indira is ready for this new challenge–until someone crashes their quest. The intruder is more powerful than anyone she’s faced before and begins transforming Ordinary into a giant video game. Indira’s team will have to level up and outplay their opponent, or else the world’s most beloved stories might be lost forever.